This collaborative project consists in an automatic scanning device, coded in Processing, that directly analyzes a short excerpt chosen from Dziga Vertov’s film “The Man from the Movie Camera” (1929). By analysing a series of characterists from the video it generates a graphic music score.

Firstly, we performed a full analysis of the video considering montage, scene movement, pictorial composition, perspective and luminosity. From this, we devoped an algorithmic score that reads from the considered characteristics of every frame to create a graphic representation of a musical note. We opted to display three notes at once, the previous, the current and the follwing one, to allow for better reading.

The projet was issued for Underscore Festival in Lisbon as a cinema-concert performed live by musicians. 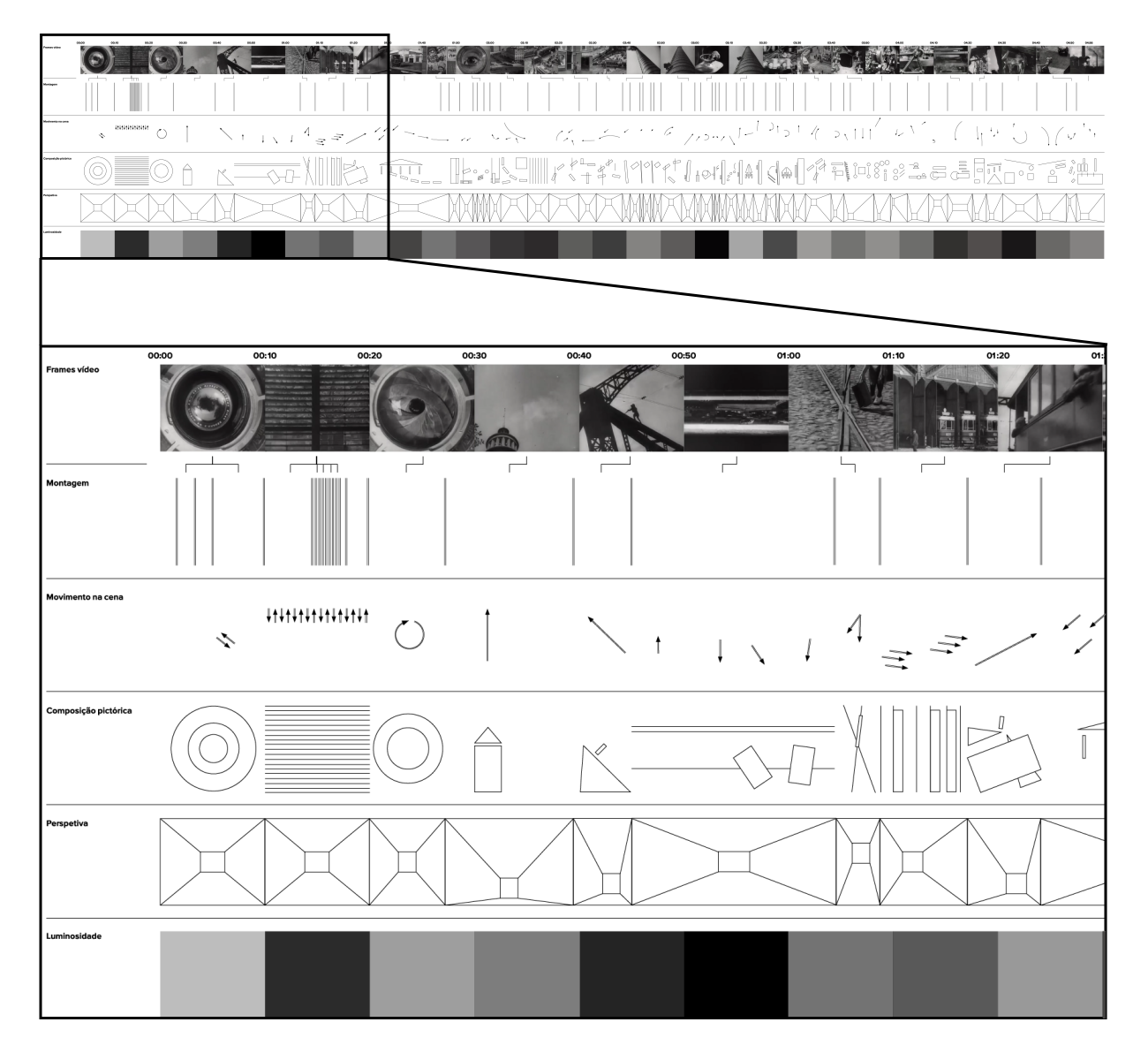